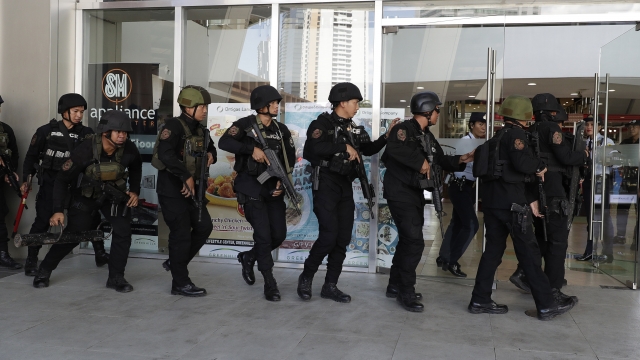 The gunman released the hostages after an hourslong standoff, according to The Associated Press.

Dozens of people have been released after being taken hostage inside a shopping mall in the Philippines Monday, according to the Associated Press.

Government officials tell the outlet around 30 to 40 people were taken hostage, after a gunman entered the shopping center in Manila and shot someone. That person is recovering at a hospital.

Images show armed SWAT team members and other law enforcement entering the mall while evacuated shoppers and family members of those held hostage looked on.

The gunman is reportedly a former security guard at the mall, who is frustrated by his recent dismissal from the job.