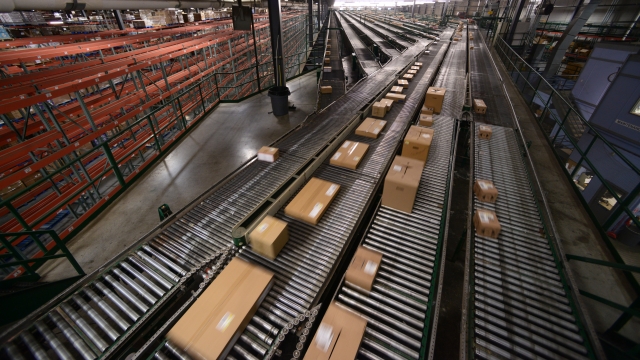 The man crashed his car into the lobby area before firing at employees with an assault rifle.

A former worker opened fire at a Walmart distribution center in northern California, killing one man and injuring four others with a semi-automatic rifle.

The gunman reportedly drove around the parking lot four times of the facility near Red Bluff, California Saturday and then crashed into the lobby of the building, causing a fire. He then fired randomly at employees with what police say was an illegal weapon.

As workers scattered, the suspect fled to the parking lot and exchanged 20 to 30 rounds with police. The 31-year-old gunman was then shot and killed.

No motive has been announced yet. But the Redding newspaper reported that the shooter was fired from his job at the distribution center in February 2019 after he didn't show up for a shift. The victim has been identified as Martin Haro-Lozano, a 45-year-old employee at the warehouse.

A Walmart spokesperson said, "This is an active police investigation and we will continue to work with Tehama County Sheriff’s Office and assist in their investigation in any way possible."