H&M Pulls Plus-Size Clothes From Some Of Its Stores 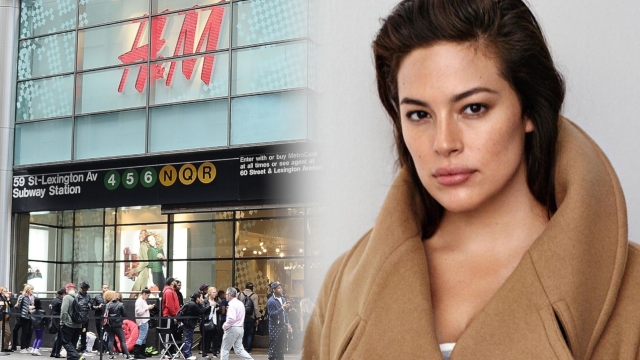 H&M has reportedly pulled all of its plus-size clothing from stores in New York City.

A representative for the popular retail chain told Revelist the company has expanded its product line to include home goods and beauty supplies, so 11 stores in the Big Apple no longer have room for plus-size clothing.

SEE MORE: It's Time To Talk About Sustainable Fashion

Earlier this year, H&M featured a campaign with plus-size model Ashley Graham. But a fine-print disclaimer on those ads indicated plus-size clothing would only be available online.

And plus-size clothing is a hot topic. Fashion expert Tim Gunn of "Project Runway" said the industry is failing women by designing clothing with only one body type in mind.

Research from Washington State University shows the average American woman wears a size 18. That's a small jump from the previous national average, which had reportedly been a size 14 since 2004.

Gunn says he's not sure why designers on the reality design show "groan," because "in the real world, they won't be dressing a seven-foot-tall glamazon."

And Gunn isn't the only one who wants to see change. Designer Christian Siriano, who was a contestant on "Project Runway," selected five plus-size models to walk in his show at New York Fashion Week.

Siriano believes designers should help women look their best. He told Refinery29, "I am just trying to show you that you can do it, you can celebrate everyone."