At UN Meeting, Haley Says US Will Respond To Syria Attack 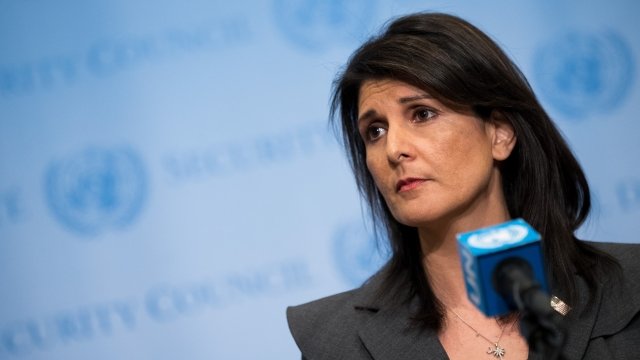 U.S. Ambassador to the U.N. Nikki Haley said the U.S. will respond to the reported chemical attack in Syria, regardless of how the U.N. reacts.

At an emergency meeting Monday, U.S. Ambassador to the U.N. Nikki Haley said the U.S. will take action in response to the reported chemical weapons attack in Syria.

"History will record this as the moment when the Security Council either discharged its duty or demonstrated its utter and complete failure to protect the people of Syria," Haley said. "Either way, the United States will respond."

President Donald Trump said Monday he was weighing how to respond to the attack. He said military action was not off the table.

Dozens of people were reported dead after the attack. The reports were hard to verify, though, because Syrian forces blocked off access to Douma, where it reportedly happened.

"Only a monster does this," Haley said. "Only a monster targets civilians and then ensures that there are no ambulances to transfer the wounded, no hospitals to save their lives, no doctors or medicine to ease their pain."

Syria has denied it had anything to do with a chemical attack. Russia said at the U.N. on Monday that the attack simply didn't happen.