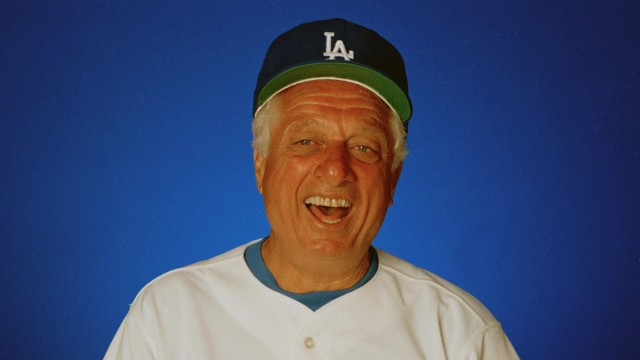 The Hall of Fame Coach spent 71 years of his life with the Los Angeles Dodgers and won two World Series Championships with the team.

Major League Baseball is mourning the loss of a true icon for the sport.

Hall of Fame manager Tommy Lasorda has died after suffering a heart attack. He was 93 years old.

Lasorda led the Los Angeles Dodgers to two World Series Titles and spent 71 years of his life with the franchise.

He was also awarded Manager of the Year twice.