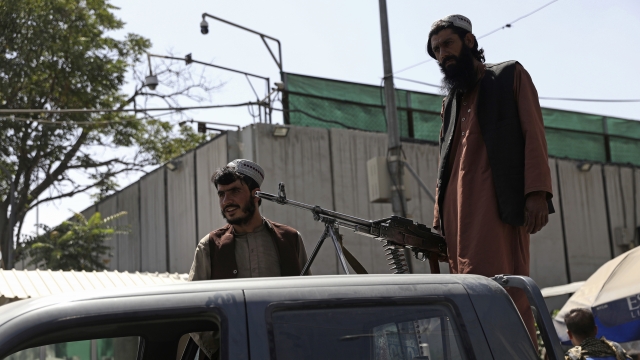 The Taliban have seized power in Afghanistan two weeks before the U.S. is set to complete its troop withdrawal after a costly two-decade war.

Hamas has congratulated the Taliban for its swift takeover of Afghanistan and the end to the United States' 20-year presence in the country.

In a statement Monday, Hamas welcomed "the defeat of the American occupation on all Afghan land" and praised what it said was the Taliban’s "courageous leadership on this victory, which was the culmination of its long struggle over the past 20 years."

Hamas, a Palestinian group that opposes Israel's existence, has governed the Gaza Strip since taking over the area in 2007, a year after it won a Palestinian election. Hamas is considered a terrorist group by Israel, the U.S. and the European Union.

It wished the people of Afghanistan future success and said the ouster of the American troops proves "that the resistance of the peoples, foremost of which is our struggling Palestinian people, is due for victory."