Hamas, Which The US Considers A Terror Group, Elects A New Leader 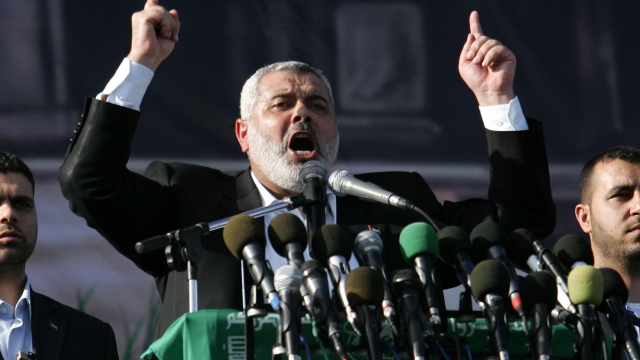 Hamas elected a new leader the same week it released an updated, less radical statement of its policies.

Militant Palestinian group Hamas has elected a new leader, further hinting the organization is trying to soften its image.

Ismail Haniya, a former prime minister of the Palestinian Authority, could help bring Hamas back into the international conversation. The U.S. has long considered the group a terrorist organization because of its attacks against Israel.

Haniya's election comes the same week Hamas released a new set of policy principles, moderating some of the positions outlined in its 1988 charter.

Those concessions include shifting blame for Palestinian displacement to "occupiers" and Zionists, rather than Jewish people outright. It also says Hamas will accept the borders of Palestine as dictated by the borders before 1967 when Israel took over the West Bank and East Jerusalem.

However, the new policy document still calls for the destruction of Israel, which has led Israeli officials to question the sincerity of the changes.