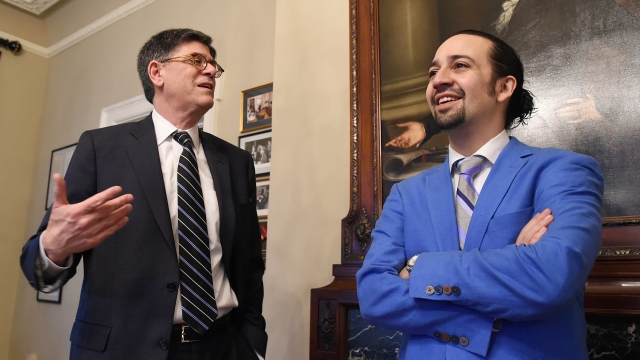 Last June, the secretary of the treasury said a redesigned $10 bill would feature a woman. We're not sure that will happen.

U.S. Department of the Treasury

"I'm proud to announce today that the new $10 bill will be the first bill in nearly a century to feature the portrait of a woman," Secretary of the Treasury Jack Lew said.

Fast-forward about nine months, and it looks like Alexander Hamilton might not be bumped from the $10 note after all.

Bloomberg reports Lew muddied the waters even more during a March 30 interview saying, "Alexander Hamilton is one of my heroes. He's not leaving our money."

The suggestion that the redesigned bill might have a woman's portrait on the back has been met with criticism.

A White House petition with the hashtag #NotGoingBack has gained hundreds of signatures in a few days time.

Others see the uncertainty as a chance to go bigger. A group called Women on 20s penned an open letter to the Treasury secretary calling for a woman to take Andrew Jackson's spot on a redesigned $20 bill.

According to CNN, an anonymous source told the outlet that's exactly what Lew plans to do.

But whatever the decision, don't expect to see those new bills floating around anytime soon. A new $10 bill is expected to come out in 2020, and a new $20 bill will likely follow a decade later.