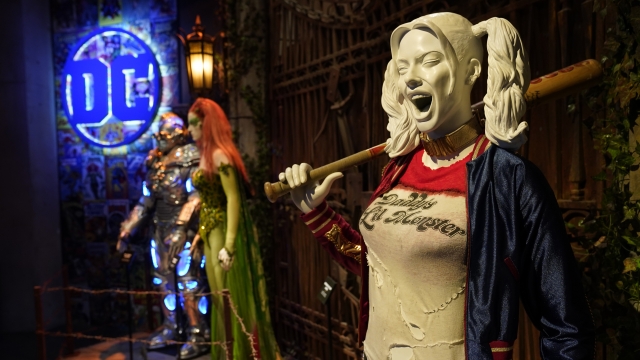 Though Harley Quinn is a mainstay in today's DC Comic's stories, that wasn't always the plan for the character.

Harley Quinn, one of DC Comic’s most beloved villains, debuted 30 years ago, but the character’s rise to fame wasn’t intentional.

Created by Batman writers Paul Dini and Bruce Timm, the violent, chaotic and bubbly ex-girlfriend of the villain, Joker, was originally written to appear just once for an episode of “Batman: The Animated Series.”

But as the series continued, fans took to the brash new character. Harley Quinn started appearing more and more, eventually even making her way from the Batman-centric series to her own comic book origin story about a psychiatrist, Quinn, who misguidedly falls in love with the psychopathic Joker.

That comic, titled “Mad Love,” won the 1994 Eisner Award for “Best Single Story” — one of the top prizes in the comic book industry.

Today, it’s hard not to run into Harley Quinn costumes and cosplays at conventions, and the character has her own animated series — now in its own third season — on HBO Max, as well as her own live-action films.

The villain has been portrayed by 17 different actresses, including Kaley Cuoco, Margot Robbie and, soon, Lady Gaga.