Kamala Harris To Be Sworn In By Justice Sonia Sotomayor 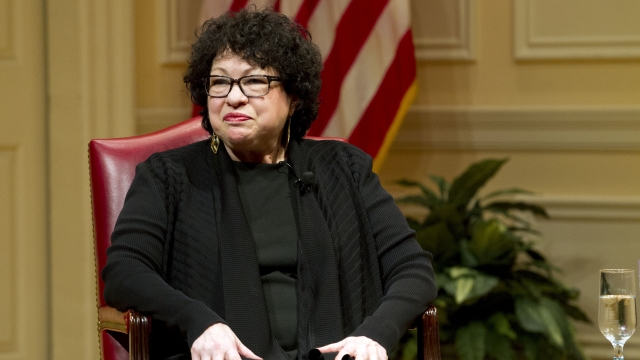 Harris, the first Black-South Asian woman to be elected as vice president, will be sworn in by Sotomayor, the first Latina woman on the Supreme Court.

As we approach Inauguration Day Wednesday, there's sure to be some history-making moments...including future Vice President Kamala Harris being sworn in by another groundbreaking woman in D.C.

Harris will also swear on two Bibles for the ceremony. One of which belonged to Thurgood Marshall – the first Black man to serve as a U.S. Supreme Court Justice. The other belonged to a family friend.

Harris has called Marshall one of her "greatest heroes" and has also favored Sotomayor as a critical voice on the bench who quote..."shows all our children what’s possible.” The incoming president is typically sworn in by the chief justice of the Supreme Court.

The inauguration holds the theme of "America United" and is set for Wednesday January 20.

Newsy is committed to keeping you informed on the latest developments as they unfold. Join us throughout the week for live, uninterrupted coverage of the swearing in of President-elect Biden and Vice President-elect Harris from the heart of Washington.