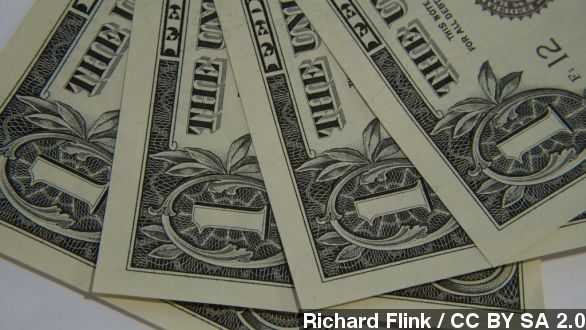 Ben Edelman says he was overcharged $4 for a meal and launched an incredible email exchange with the owner of a Chinese restaurant.

Let's face it: nobody likes being taken advantage of. So when one Harvard professor thought a local restaurant owner overcharged him $4 for a meal, he decided to do something about it — something unusual.

Ben Edelman — seen here on the right — is an associate professor at Harvard Business School who felt tricked by his higher-than-expected $53.35 tab at a local Chinese restaurant in Woburn, Massachusetts. The problem: prices online didn't match menu prices. So he wrote the restaurant owner, Ran Duan, an e-mail. (Video via Venture TV)

It's starts simple enough: "Hey, you overcharged me. Oh, I'm really sorry." But for whatever reason, Edelman was not satisfied with Duan's responses. And then the correspondence gets heavy. (Video via Woburn Public Media Center)

Boston.com published scans of the the e-mails between Edelman and Duan.

Edelman says, "Under Massachusetts law, it turns out to be a serious violation to advertise one price and charge a different price. I urge you to cease this practice immediately."

Duan responds, "Thank you for understand[ing] this situation. ... I will honor the website price and honor your the $3."

Edelman says, "Your restaurant overcharged me $4, not $3." Sassy!

As you can imagine, the back and forth gets pretty ridiculous with Edelman contacting the authorities and Duan apologizing, like, three times.

For context, Edelman does this for a living. He's appeared on Bloomberg to discuss antitrust investigations into Google. In a statement to Business Insider, he presents himself as a professional who's more about principle than griping over $4. (Video via Bloomberg)

He writes, "We all rely on trust in our daily lives — that when sales tax is added, it actually applies and equals the specified amount. ... I've been pretty diligent in holding large companies accountable for their false statements of price and other attempts to overcharge passengers. Should all small businesses get a free pass?"

On the other hand, Duan isn't just a lowly restaurant owner, but also a well-recognized bartender. He beat out other mixologists to be crowned GQ's "most imaginative" bartender and has been featured in a few other magazines.

There's nothing wrong with two successful grown ups hashing out a real world problem because, ya know, money doesn't grow on trees.

But we have to go back to one of Duan's comments. In the middle of his e-mail exchange with Edelman, he just had to ask, "Is this really worth your time?" We guess it was, Duan.