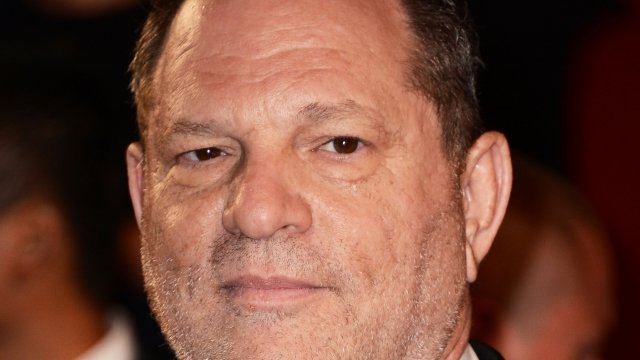 Harvey Weinstein has taken a leave of absence amid sexual harassment allegations.

Hollywood producer Harvey Weinstein is taking a leave of absence amid a slew of sexual harassment allegations going back decades.

Weinstein is behind multiple Oscar-winning films, including "Pulp Fiction," "Shakespeare in Love" and "The King's Speech."

We Can't Agree On Who Deserves The Oscar For Supporting Actress

Newsy's Eugene Daniels and Lexie Hammesfahr have different picks for supporting actress, but there's no question who tops their list for lead actress.

A report by The New York Times said he settled at least eight cases with women over the span of three decades over "allegations including sexual harassment and unwanted physical contact."

Weinstein is being represented by attorney Lisa Bloom, who typically represents the victims of sexual harassment.

He also happens to be the producer on a miniseries based on Bloom's book.

The married producer apologized for any inappropriate behavior but then blamed it on the culture of "the 60's and 70's when all the rules about behavior and workplaces were different." He went on to reference a Jay Z song where the rapper apologizes for infidelity.

Weinstein said his behavior "has caused a lot of pain" but reportedly also denies many of the allegations.

Another lawyer for Weinstein told The Hollywood Reporter they plan to sue The New York Times, saying its report is "saturated with false and defamatory statements."