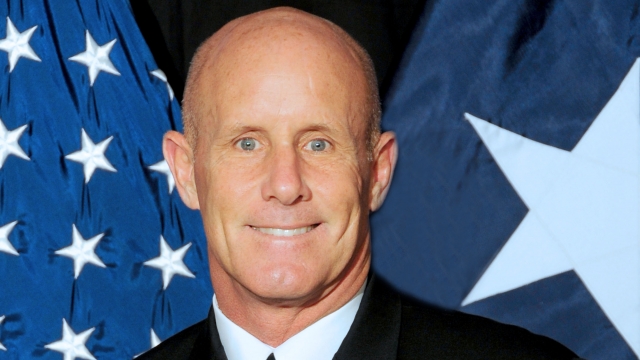 According to various reports, Harward declined the offer — at least in part — over a staffing disagreement on the National Security Council.

CBS reports Harward didn't want to keep Flynn's deputy, K.T. McFarland. However, the administration told her she could keep her position.

The reports also say Harward was reluctant to join a White House with so many signs of discord.

Trump Says He Would Have Told Flynn To Discuss Sanctions

President Trump told reporters Thursday that "Russia is fake news," and he blasted leaks to the press.

During his press conference Thursday, Trump said he had a person in mind to replace Flynn.

"I have somebody that I think will be outstanding for the position," Trump said.

But it's unclear if that person was Harward or someone else. News of Harward's decision came a few hours after the press conference.

Harward told the Associated Press the decision was "purely a personal issue."

In a statement obtained by CNN, Harward said, in part: "Since retiring, I have the opportunity to address financial and family issues that would have been challenging in this position. Like all service members understand, and live, this job required 24 hours a day, 7 days a week focus and commitment to do it right. I currently could not make that commitment."

Harward previously served as a U.S. Navy SEAL. He now works as a chief executive for Lockheed Martin.