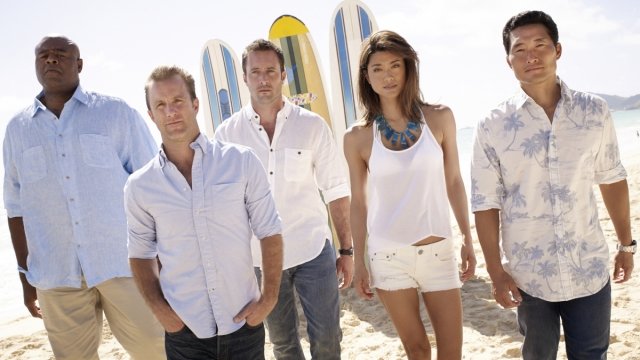 Daniel Dae Kim and Grace Park reportedly asked to be paid as much as the show's other original stars.

Hawaii's elite federal task force won't be at full capacity when it returns to TV this September.

That's because both Daniel Dae Kim and Grace Park won't be in the upcoming eighth season of "Hawaii Five-0."

Kim and Park had been with the CBS series since it premiered in 2010. As of last season, Park was the reboot's only main female cast member.

"They will always be ohana to us, we will miss them and we wish them both all the best," "Hawaii Five-0" executive producer Peter Lenkov said in a statement.

This year's highest-earning entertainer on the small screen is a woman, according to Forbes.

No official reason was given for the stars' exit. But unnamed sources told Variety the two actors asked to be paid the same amount as "Hawaii Five-0's" other original cast members, Alex O'Loughlin and Scott Caan. CBS reportedly refused.

Kim posted about leaving the show on his Facebook page Wednesday.

A MESSAGE TO MY FANS ABOUT HAWAII 5-0 Sorry for the delay in hearing from me, but like you I’m sure, my July 4th...

It is worth noting Kim is an executive producer for a new ABC medical drama called "The Good Doctor."

Most recently, "Criminal Minds" actors A.J. Cook and Kirsten Vangsness got salary bumps that "put them essentially on par" with the show's only other remaining original cast member, Matthew Gray Gubler.

And "The Big Bang Theory" cast even took a pretty significant pay cut so two co-stars could get higher salaries next season.

"Hawaii Five-0" returns in September. The show will reportedly explain Kim and Park's absence in the season premiere.