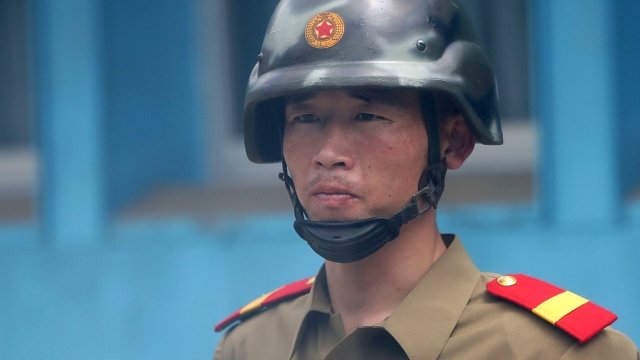 Hawaii isn't taking any chances when it comes to North Korea. The state is updating its missile attack preparedness plan that hasn't been used in decades.

State officials want to make it clear that the chances of a North Korean missile reaching the Aloha State are pretty slim.

But with the hermit kingdom seemingly determined to develop a nuclear missile, they can't be too careful.

The state will start testing its "attack warning" siren in November and hold evacuation drills in schools.

Authorities are promoting a "get inside, stay inside and stay tuned" plan. At most, Hawaiians would have about 15 minutes to take shelter from an incoming missile.

The tourism industry is a big part of Hawaii's economy. And while everyone's safety is a top priority, one official said the industry is worried that preparing for a potential missile attack could scare away travelers.

North Korea claims it successfully tested an intercontinental ballistic missile, or ICBM, earlier this month. A top U.S. military official says a regime missile has the range to hit the U.S. but lacks the "guidance and control" required to hit a specific target.