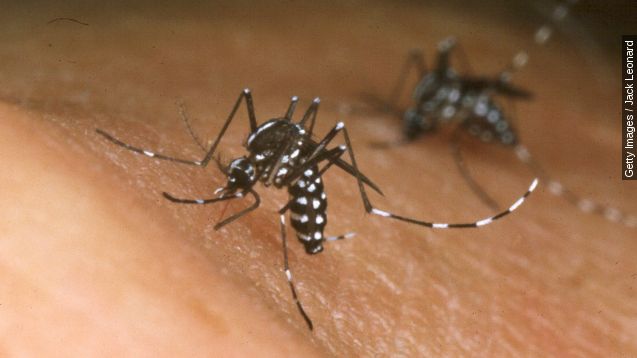 After confirming 139 cases of dengue fever, Hawaii's Department of Health is now warning residents and tourists to be aware.

If you're headed to sunny Hawaii this winter, you may want to pack some bug spray. Health authorities recently published a warning to residents and travelers that dengue fever cases are on the rise, and just in time for the peak tourism season.

As of Monday, 122 residents and 17 tourists on Hawaii Island, also known as the Big Island, had contracted the virus, which spreads through bites from infected mosquitoes.

But mosquitoes carrying dengue fever are pretty uncommon in Hawaii. Usually they're found in tropical areas in Asia, Africa and the South Pacific. Authorities think an infected person traveled to the islands and was then bitten by a mosquito there, which sparked the outbreak.

The last major dengue outbreak in the islands happened back in 2001 when 122 people became infected. That outbreak lasted 10 months. Symptoms ranged from headaches to joint pain. (Video via KHON)

But experts admit controlling the spread of the fever is tough to do. A director with the Centers for Disease Control and Prevention said, "This could go on for a number of months to come. If [this outbreak] continues for a number of months it's not a failure of the system. We don't have tools yet to minimize outbreaks rapidly."