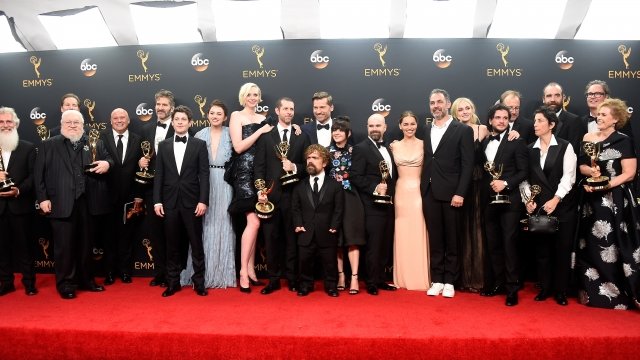 Several news outlets report they saw a screenshot of an email that shows HBO offering a $250,000 bounty to the hackers that stole its data.

HBO may have offered a "bug bounty" to hackers that stole a bunch of its content.

Let's backtrack: Unidentified hackers claimed they took 1.5 terabytes of data from HBO in late July — things like episodes of "Ballers" and "Room 104," as well as cast information, scripts and other data from HBO's golden egg, "Game of Thrones."

After releasing some of that data, the hackers demanded ransom.

Several outlets, including Variety, The Hollywood Reporter and The Guardian, reported they saw a screenshot of a July 27 email sent by HBO to the group offering a $250,000 bug bounty. HBO reportedly declined to comment on the matter to those outlets.

A bug bounty is a deal offered to third parties, like hackers, to find vulnerabilities in a system. A lot of companies offer them.

World's Largest Particle Accelerator Will Use AI To Fight Hackers

CERN'S Large Hadron Collider is a big target for hackers, but new defense systems are teaching the machine how to detect foul play on its own.

Facebook and Google both have bounty programs to find security holes, as do Microsoft, Samsung, Wordpress and many more.

Still, some speculate HBO's offer was just a stalling tactic, since we haven't seen any reports of hackers actually being paid.

The Hollywood Reporter says it got an email from the hackers Aug. 3 saying, "It's just about money. We have weeks of negotiations with HBO officials, but they broke their promises and want to play with us."