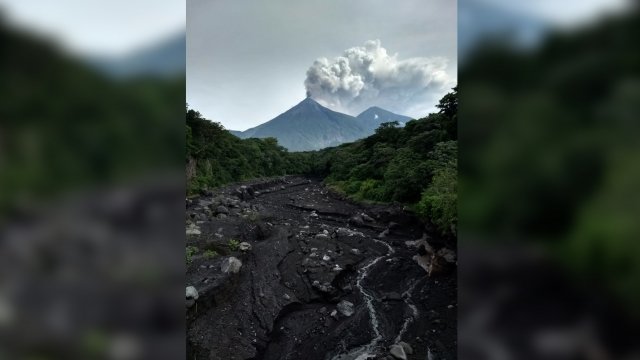 Some opposition party members blame Sergio Cabañas for the number of deaths.

At least 99 people have died and almost 200 others are still missing after Guatemala's volcanic eruption Sunday — and now some Guatemalan officials are calling for the head of the country's disaster management agency to step down.

Sergio Cabañas, head of the National Coordinator for Disaster Reduction, or CONRED, sat down with leaders of Guatemalan opposition party National Union of Hope on Thursday.

According to CNN, one congressman blamed Cabañas for the number of deaths and said his team didn't respond to eruption warnings fast enough. CONRED officials say there wasn't enough information early Sunday to issue an evacuation warning.

Now as almost 200 people are still missing, CONRED has reportedly suspended search-and-rescue operations due to safety concerns over the volcano's continued activity.