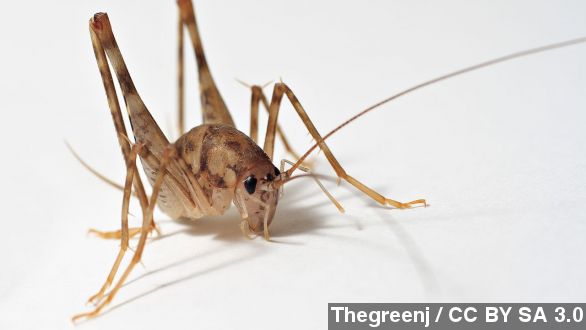 There's a decent chance there's a cricket in your basement, according to a new study.

The greenhouse camel cricket is an invasive species native to Asia, but findings in a study from North Carolina State University suggest they are now more common in U.S. basements than domestic crickets.

The study requested photo and physical evidence from witnesses. Citizen reporting from 549 homes on Your Wild Life showed the greenhouse camel cricket was the most commonly spotted species.

And that's even after the researchers allowed for certain inconsistencies in reporting.

"For example, a large spider might bear a vague resemblance to a camel cricket for a participant wary of arthropods."

It being an invasive species — that is, non-native and with a tendency to spread — headlines warn of "invasion" and "takeover" and dwell on its "nightmarish" tendency to eat just about anything in a pinch, including its own legs. (Video via Discovery)

But LiveScience has good news for about half of you: The greenhouse camel cricket is more prevalent closer to the Atlantic.

"The scientists roughly estimated that there could be 700 million camel crickets, of all species, in and around homes across the eastern United States."

The results of the study have been published in the journal PeerJ.

This video includes an image from Thegreenj / CC BY SA 3.0.