This Year, Health And Wellness At CES Includes Sex Tech 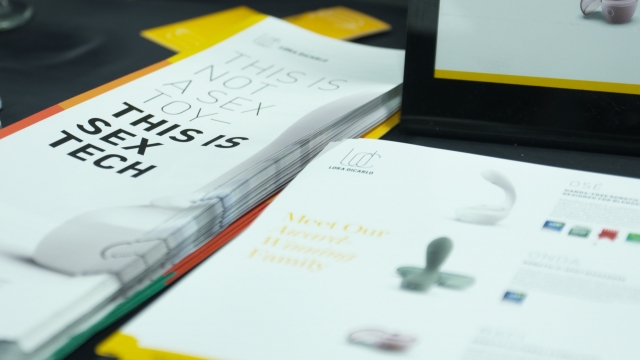 In 2019, CES rescinded and then later reinstated a sex tech exhibitor's innovator award. For the first time in 2020, CES is recognizing sex health.

Sexual wellness is a growing business at CES 2020. This year, some 60 companies are displaying “sex tech” at the consumer showcase.

The Consumer Technology Association is allowing "tech-based sexual products" so long as they can demonstrate products are innovative and "include new or emerging tech." As exhibitors Newsy spoke with put it, it’s not just about “sex toys”.

"You're seeing more awareness of it. So for us, it's just the first time where CES is recognizing it and we're leveraging technology in the form of stimulation. Technology in the marketplace and hopefully you'll make sexual health and wellness more comfortable to talk about," Jeff Bennet, CEO and Founder of Moraii Medical and Honorary Medical told Newsy.

"These aren't toys. These are these are robots. They are machines that are designed to help somebody understand more about their physiology and about their erogenous zones, and that's a learning experience. That's an educational experience," Lora Haddock DiCarlo, Founder and CEO of sex tech company Lora DiCarlo told Newsy." We know very we we teach very little about human sexuality. And this is something that we're very passionate about is the education, because the more you know about your own body, you know, the more empowered you are,

Health Care Issues You Should Watch Out For In 2020

From rising drug costs to the future of abortion rights, the health care debates that could rock 2020.

Last year, sexual products at CES made headlines when the Consumer Technology Association awarded, rescinded, and then finally restored an innovator award for a Lora DiCarlo robotic device that used biomimicry for sexual stimulation.

DiCarlo challenged the CTA when it first took back the award. DiCarlo said sexual health wasn’t being fairly represented, especially among female consumers. After that, CES updated its policies to allow “sex tech” exhibitors in the health and wellness group — and restored DiCarlo's award.

"That brings us to today where we have a show that we feel is far more inclusive, a little bit more healthy and open around the dialogue around sexual health and wellness," DiCarlo told Newsy.

This year, CES appears to be more progressive and inclusive. CTA has partnered with a company called Female Quotient to launch a space to advance gender equality. CTA also has a new dress code that will penalize companies whose show-floor outfits are “sexually revealing or "could be interpreted as undergarments."

Some taboo topics are still off-limits, however: pornography, cannabis and tobacco technology are still forbidden at CES.