The Benefits Of Incorporating A Dry January Into Your New Year 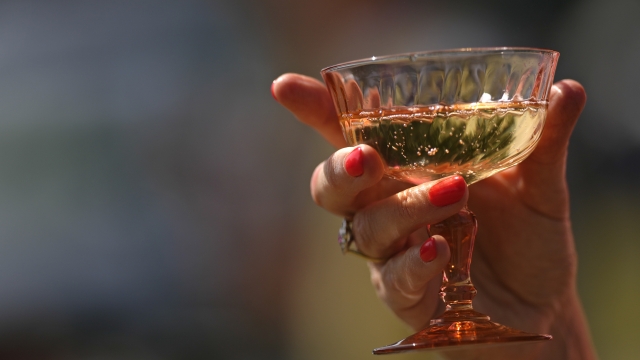 Some people are choosing to cut out alcohol for a month as they start the new year.

With the start of a new year, some are taking on the no-alcohol challenge known as dry January.

"The idea of dry January is sort of a good idea to help our bodies recover from the overindulging," said University Hospitals' Wellness Director Roy Buchinsky.

People who cut alcohol for a month slept better, lost weight, had more energy and even saved money.

Another study found it decreased cancer proteins in the blood and improved insulin resistance in just 30 days.

"I kind of looked around at my life and I realized that drinking had become a much bigger part of it, and a damaging part of my life," said "Sobrietea" podcast host Ari Eastman.

Eastman has been sober for more than three years, and she says more people are looking for healthier options.

"A lot of people are realizing, 'If there's all these external factors going on that I can't control, what are the things I can do to make myself feel better and give myself a fair chance at having improved mental health?'"

Why Are Younger Generations Exploring Sobriety?

Alcohol use worsened during the pandemic due to stress and boredom.

A University of Arizona study found that between April and September of 2020, severe alcohol dependence skyrocketed 400%.

And while dry January may seem like a good idea, medical experts say it's not for everyone.

"We understand that not everybody should or could go cold turkey off alcohol because there’s a risk of withdrawals," Buchinsky said.

Quitting abruptly for some moderate to heavy drinkers could lead to serious issues including seizures, hallucinations or — though rare — it can lead to death.

Some choose to ease into sobriety bit by bit.

"I think I was 22 or 23," said Acacia Hutton, who is five years sober. "It wasn't a cold-turkey thing where I did a stop. I started doing it less and less and less until it's not part of my daily life anymore."

And if dry January isn't your speed, there's always damp January, which is a little bit more laid back. Drinks are limited but alcohol isn't completely out of the picture.