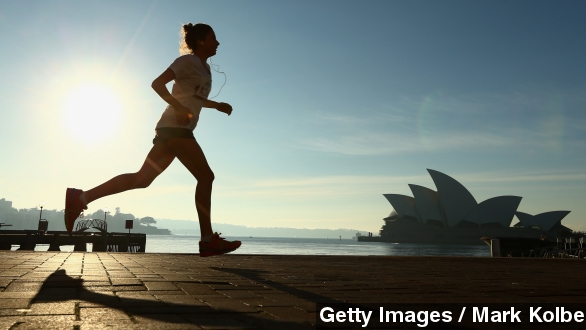 If patients had led healthier lifestyles, Cancer Research UK found about 40 percent of cancer cases could have been prevented.

Around 40 percent of cancer cases could have been prevented by leading a healthier lifestyle, according to new statistics from Cancer Research UK.

And the top lifestyle change suggested shouldn't exactly hit like a bolt of lightning. Quit smoking.

According to the research group, which looked at cases from 2007 to 2011, smoking contributed to more than 300,000 cancer cases in the United Kingdom.

BBC reported a statistician from the research group said, "Leading a healthy lifestyle can't guarantee someone won't get cancer but we can stack the odds in our favour by taking positive steps now that will help decrease our cancer risk in [the] future."

But aren't all of these lifestyle changes sort of obvious?

A report from the U.S. Surgeon General reads cigarette smoking is "the major single cause of cancer mortality in the United States." Oh, by the way, that report is from 1982 and still gets cited regularly by the American Cancer Society.

And the National Cancer Institute says smoking attributes to 90 percent of lung cancer deaths in men and 80 percent in women.

And the healthy diet recommendation? Yeah, that's been around for a while, too.

A look at the Prevent Cancer Foundation's website, shows eating more fruits and vegetables, reducing alcohol intake and limiting the amount of red meat you eat can all protect you against cancer.

And tanning beds have been linked to skin cancer for years.

The CDC warns that the safest way to get vitamin D is actually through what you eat, like fish and orange juice, instead of spending time outside in the sun or in a tanning bed.

CBS recently reported the number of U.S. teenagers using tanning booths is dropping. In 2013, 20 percent of high school girls went indoor tanning at least once, while 25 percent had done so just four years prior.

So while this reiterating of information from Cancer Research UK may seem monotonous, it's not the first study this year that seems to just be putting common sense in study form.

Like the one about watching too much television being bad for your health in July by the American Heart Association.

But, hey, sometimes a reminder goes a long way. Cancer Research UK did point out these lifestyle changes will only help against preventable cancers, like cervical and lung.

This video includes images from Getty Images and Tom Magliery / CC BY NC SA 2.0 and music from Chris Zabriskie / CC BY 4.0.