Heavy Marijuana Use During Teens Might Lead To Memory Loss 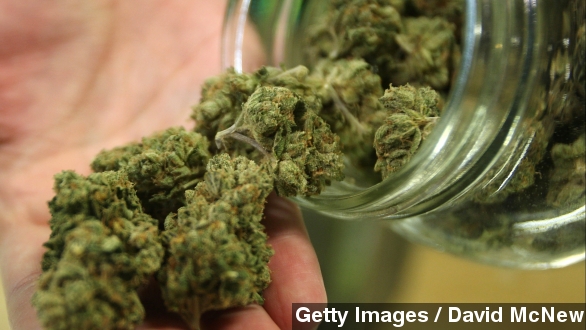 Researchers have linked marijuana use to long-term memory loss among people who regularly smoked the drug as teenagers.

Teen pot smokers might be getting more than just a high. A new study finds marijuana use as a teenager could have long-term effects on memory.

People who reported smoking pot regularly in their teens performed 18 percent worse on long-term memory tests than their peers who had not heavily smoked the drug. Their brains also showed changes in the structure of the hippocampus, the part of the brain that helps form long-term memories.

Researchers studied young adults who quit smoking marijuana for an average of two years, so the findings suggest that the effects of pot do not fade quickly.

The study had its limitations. Its participants were only surveyed once, so it's hard to tell if memory problems existed before marijuana use.

The findings were based on 10 people who smoked pot heavily starting at ages 16 or 17 and compared them with 44 people of the same age who didn't smoke the drug.

But it does fall in line with other research on teen marijuana use. Other studies have found teens who smoked pot regularly had abnormal brain growth and even a loss in IQ points.

So the lead researcher on this most recent study suggests, "If (marijuana is) an experience you want to have, you'd probably be better off if you at least wait until your early-20s."

The study was published in the journal Hippocampus and was conducted by the Northwestern University Feinberg School of Medicine.