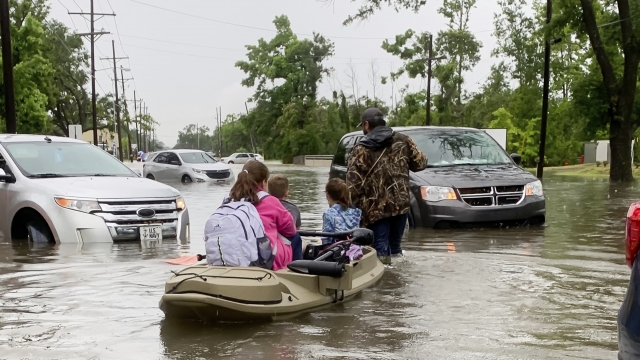 Southern Louisiana is dealing with more flooding as the region tries to make it through yet another severe weather event.

Some parts of Lake Charles, Louisiana received more than a foot of rain in 12 hours.

The city dealt with back to back hurricanes last fall, along with an unexpected deep freeze in February.