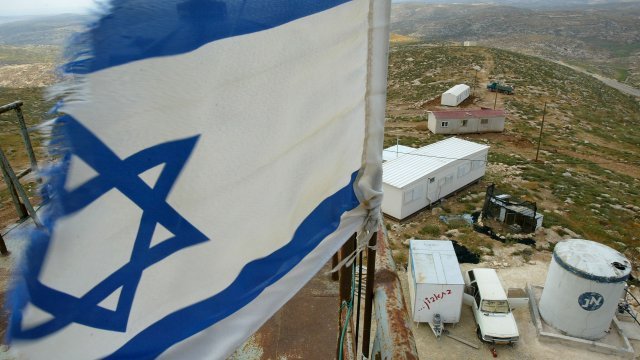 The city of Hebron in the West Bank is now a United Nations World Heritage site — and Israel pulled $1 million in funding from the U.N. in response.

UNESCO, the U.N.'s cultural committee, designated the city as a heritage site in danger. The vote passed 12-3 by secret ballot, with six abstentions.

Trouble is, UNESCO declared the city a Palestinian heritage site. Over 200,000 Palestinians live in the city, but so do hundreds of Jewish settlers who claim it's Israeli land.

Israel said UNESCO is ignoring its mission to foster cultural cooperation by overlooking the city's significance to Judaism.

The decision covers a site known both as the "Tomb of the Patriarchs" and the "Ibrahimi Mosque." It's a key holy site in both Judaism and Islam.

President Trump Is Confident That Israel And Palestine Will Find Peace

Jews and Muslims currently share the holy site, but anyone who visits it has to pass through Israeli checkpoints.

It's the second-holiest site in Judaism and the fourth-holiest site in Islam. Both religions agree the patriarch Abraham, as well as several other holy figures, are buried there.