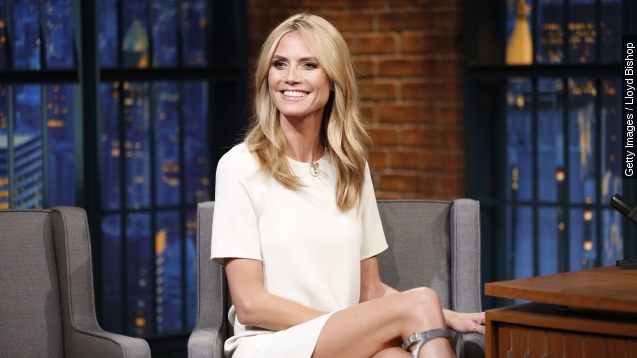 Heidi Klum says "every woman is a 10" in response to Donald Trump's insults about her appearance.

Heidi Klum had some fun in an Instagram video responding to Donald Trump's insults.

We have to admit, that's a pretty good comeback. And not a bad hashtag, either. The Instagram video shows Heidi Klum mocking Donald Trump after he said Klum was "no longer a 10" during an interview with The New York Times.

We're not the only ones confused about why her appearance was mentioned in the interview.

"Personally I have no idea what I have to do with the election. Why do I come into play with his election? You know, that doesn't make much sense to me, to be honest with you," Klum said in an interview with "Access Hollywood."

Klum did get serious about the matter. She later told "Access Hollywood," "The whole entire situation about women is not really funny, you know, to put a number on a woman, especially women. We juggle so many things and I feel that women who support their families, who have children, who make their lunches, drive them all over the place, work at the same time — I mean, we do so many things. So in my book, every woman is a 10."

The "Project Runway" and "America's Got Talent" judge is a mother of four herself — talk about a good role model.