How Can Parents Help Their Kids Navigate The News? 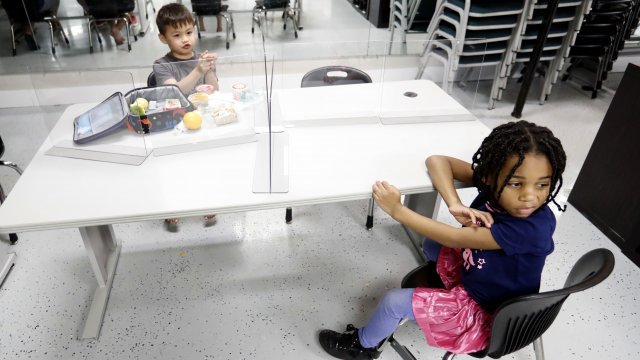 Experts stress that it's important for parents to be honest.

"Your children are watching," Arizona State professor Rashad Shabazz told our sister station KNXV. "They're watching. And what you do will plant the seed for what they do or don't do in the future."

And things they may have been witnessing lately include the coronavirus pandemic, the recent deaths of George Floyd and Breonna Taylor, and protests coast-to-coast — all heavy events parents must figure out how to appropriately discuss with them.

“My children are brown children," said California middle school principal and parent Joe Truss. "They need to know that the system in the society is racist. That doesn’t mean everyone is racist. That means that there are racist systems and racist beliefs that people hold. And it's our job as people of color, right, or our responsibility, to try to help that as much as we can. And we also have to be prepared to be able to navigate it, survive it, but that's not enough, right? We have to change it, right.”

Truss’ children are young now, but he says he plans on being direct when talking with them about the world they live in. Experts say candor can be a good strategy when talking to kids.

“This is a time for honesty, and really honesty about your own family values and belief systems," said Carolyn Ievers-Landis, licensed clinical psychologist at University Hospitals in Ohio. "And those might even be different within a family or between generations of family members. But I think children should know that people can have different opinions and beliefs. And how can we listen to each other and respect each other rather than dividing each other?”

A 2017 report found that 48% of kids surveyed said following the news is important to them, though 63% said it makes them feel sad or angry.

And it’s OK for parents to admit they’re still processing thoughts and feelings, too.

“Just the main thing is to reassure them that we are adults, we're figuring this out," said Ievers-Landis. "We will keep you safe. That is our job.”

But teenagers, tweens and young children all react to traumatic events differently. Children may throw temper tantrums or be clingy with parents, while older kids may experience anxiety or sadness, according to the American Academy of Pediatrics.

And older kids may be spending more time on social media. A 2019 report found teens spent more than seven hours a day looking at a screen — something that parents may want to be aware of right now.

“One has to negotiate that very carefully, so that as they try to protect young people from some of the things that they see on social media, they also don't eliminate the sources of normal peer interaction and support that they need during this time when they're not going to school, not going to sports, not going to social clubs," said Dr. Maria Eva Trent, adolescent medicine fellowship program director at John Hopkins University. "So it's tricky to navigate.”