Here's What Mueller Charged Those 13 Russians With In His Indictment 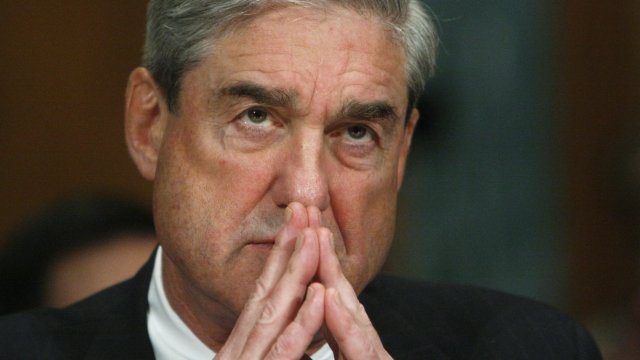 Thirteen Russian citizens conspired to defraud the United States by working to interfere with the 2016 presidential election going back to as early as 2014.

That's according to an indictment from special counsel Robert Mueller. In it, he charges those 13 Russians and three Russian organizations with conspiracy to defraud the U.S. Some were also charged with conspiracy to commit bank and wire fraud, and aggravated identity theft.

These people were connected through the Russian organization Internet Research Agency. The IRA had a monthly budget of $1.25 million and waged "information warfare against the United States," according to the indictment.

Some of the defendants used social media to sow discord in the U.S. by posting inflammatory and divisive material. Others actually visited the U.S., traveled to at least nine states (Nevada, California, New Mexico, Colorado, Illinois, Michigan, Louisiana, Texas and New York) and organized political rallies. Those efforts were in support of then-candidate Donald Trump and disparaging of Hillary Clinton.

These people likely won't be arrested right away. But it will make it hard for them to travel outside of Russia and do international business. It's also important to note, no Trump campaign official — or any other American — was implicated in any wrongdoing in this indictment.