Here's Everything We Know About The Ukraine Controversy 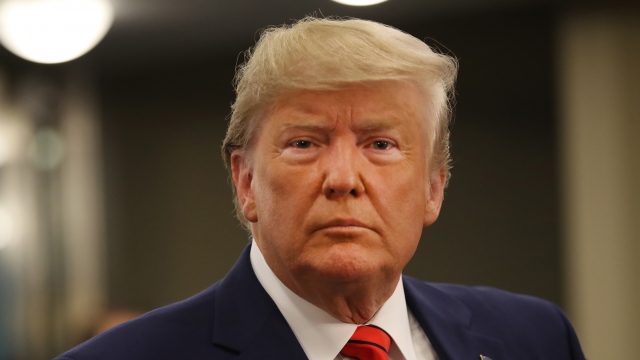 A controversy involving President Donald Trump, Ukraine and former Vice President Joe Biden has been quickly evolving since the story broke — sending shockwaves across Washington and even prompting formal impeachment proceedings in the House. Here's what we know so far.

It all started back in August, when a whistleblower from the U.S. intelligence community filed a formal complaint.

A report published by The Washington Post in mid-September said it involves President Trump and a "promise" he made to a foreign leader. The Post also said the complaint involves Ukraine.

From there, reports started circulating that the complaint was centered around a July 25 phone call between President Trump and Ukrainian President Volodymyr Zelensky. So, what happened on that call?

A memo detailing the conversation between the two leaders shows President Trump repeatedly pressured Zelensky to investigate Joe Biden and his youngest son, Hunter. The former vice president is seen as one of President Trump's biggest rivals in the 2020 election, and sources say President Trump was looking for dirt on his opponent.

Reports say the president threatened to withhold military aid from Ukraine unless the country's government launched an inquiry into the Bidens. President Trump admitted he withheld aid, but said it was because he felt Ukraine received more aid from the U.S. than European countries. The memo does show President Trump asking for an inquiry into the Bidens' business dealings in Ukraine, but there isn't any mention of withholding money from the country.

But the president insists his phone call with Zelensky was focused on a different subject — corruption.

See, Hunter Biden had business interests in Ukraine around the time when Joe Biden, in his role as vice president, urged the country to fire its chief prosecutor. President Trump claims that prosecutor was investigating a Ukrainian energy company Hunter Biden was involved in.

Several Trump administration officials have echoed the president's call for an investigation into the Bidens' business dealings in Ukraine. Still, there's no evidence of any wrongdoing on the Bidens' part.