Here's Why Russia Had To Exhume Its Last Czar 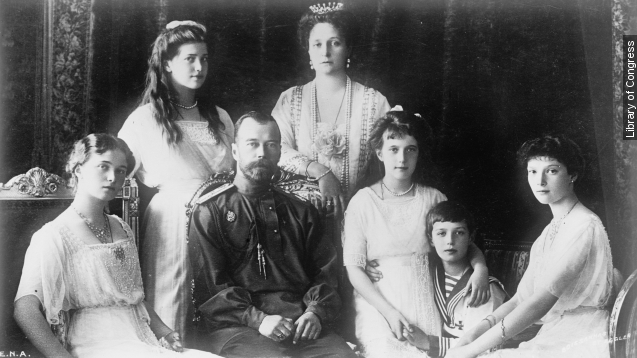 The remains of Russia's last imperial family may soon be reunited, but there are skeptics who have to be satisfied first.

On Wednesday, Russian investigators reportedly exhumed the body of Czar Nicholas Romanov II and his wife Alexandra. It's part of an investigation into the family's death in 1918 and into confirming the remains really belong to the czar and his wife.

Ever since some of the family's remains were tested in the early '90s, scientists have been pretty confident that it's really them. But they haven't been able to convince the Russian Orthodox Church.

Church officials haven't come out with their exact reasons for doubt. There's been some discussion on the fact that the Romanov family has been canonized, making the remains holy relics, so that could play a role. But in general church leaders say they just aren't convinced, and their approval is important for bringing the family's remains together. (Video via RT)

The remains that were excavated in the '90s are said to have included the czar, his wife, three of their children and several servants. Two of their children, Alexei and Maria, were unaccounted for.

The church somewhat reluctantly allowed the family's remains to be interred in the Peter and Paul Cathedral in St. Petersburg. Most of Russia's other czars are also buried there. But the church still hasn't officially accepted the family's identities, even after several rounds of DNA testing.

Then, another burial site was found in 2007 containing the remains of a young man and a young woman. More DNA testing confirmed they belonged to Alexei and Maria.

But those remains are reportedly sitting in a shelf, because the Russian Orthodox church has balked at the idea of adding them to the family tomb.

The church says it believes the family's remains were destroyed completely, and won't change its position until it's 100 percent sure. (Video via Al Jazeera)

U.S. armed forces geneticist Michael Coble, who worked on identifying the 2007 remains, wrote a thorough and kind of annoyed-sounding chronicle of all the testing that's been done so far, dismissing some other scientists' "feeble attempts to discredit these studies with contaminated data" and concluding, "It is now time to put this controversy to rest." (Video via National Forensic Science Technology Center)

That was four years ago, and the controversy is still going. There was a plan to bury Alexei and Maria's remains in the Romanov tomb in October, but the church insists it be allowed to supervise the latest round of testing before it gives its approval.

This video includes images from the Library of Congress, Queen Alexandra of Denmark, the Romanov family, an unknown photographer, Larry Koester / CC BY 2.0 and Boasson and Eggler.