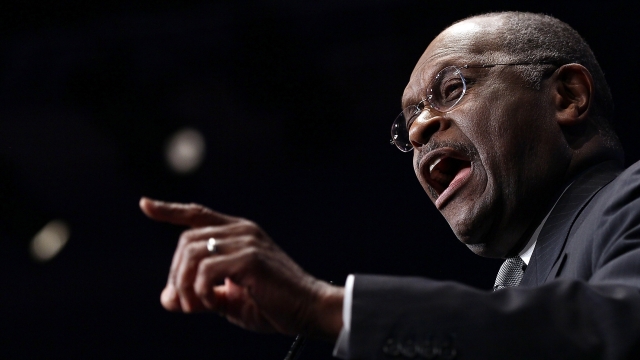 President Trump said Herman Cain asked not to be nominated to the Federal Reserve Board and that he'll "respect [Cain's] wishes."

Herman Cain, a former GOP presidential candidate and former pizza company executive, has dropped out as a possible nominee for the Federal Reserve Board.

President Donald Trump said on Twitter Monday that Cain asked not to be nominated for a seat on the board, and the president said he'll "respect [Cain's] wishes."

Just a few days ago, Cain told Fox Business he would not withdraw from consideration or "run away from criticism." Those comments came after a woman who alleged she'd had an affair with Cain said she would testify before the Senate Banking Committee if he were formally nominated.

During his run for president in 2011, several other women accused him of sexual harassment. He dropped out of the race and has repeatedly denied those allegations.

Cain's critics say he lacks an understanding of monetary policy, and four Republican senators have already said they would not vote for Cain if he were nominated.

Along with Cain, President Trump is also considering Stephen Moore, an economic commentator and former Trump campaign adviser, for the board. The president's picks have raised some eyebrows about what this could mean for the Fed and its ability to stay politically independent. In the past, Cain helped found a super PAC called America Fighting Back, which aims, in part, to "protect Donald Trump and his agenda from impeachment."

And, like the president, Moore and Cain have both criticized the Fed's policies. President Trump notably attacked the central bank for raising rates four times last year.