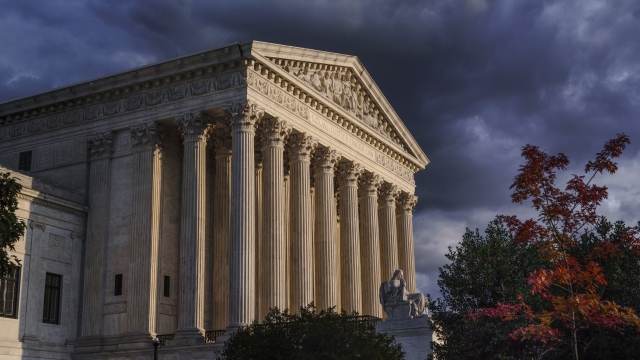 The court let a Texas law stand that makes abortion illegal after about six weeks into a pregnancy, with no exceptions for rape or incest.

The Supreme Court has ruled that Texas abortion providers can sue over the state's ban on most abortions, but the justices are allowing the law to remain in effect.

The court acted Friday, more than a month after hearing arguments over the law that makes abortion illegal after cardiac activity is detected in an embryo. That's around six weeks, before some women even know they are pregnant. There are no exceptions for rape or incest.

The law has been in place since Sept. 1.

The outcome is at best only a partial victory for abortion providers. The same federal judge who already has once blocked the law almost certainly will be asked to do so again. But then his decision will be reviewed by the 5th U.S. Circuit Court of Appeals, which has twice voted to allow enforcement of the abortion ban.

The case could return to the justices and so far there have not been five votes on the nine-member court to put the law on hold while the legal fight plays out.

The court's conservative majority also seems likely to roll back abortion rights in a Mississippi case that was argued last week, although that decision is not expected until the spring.