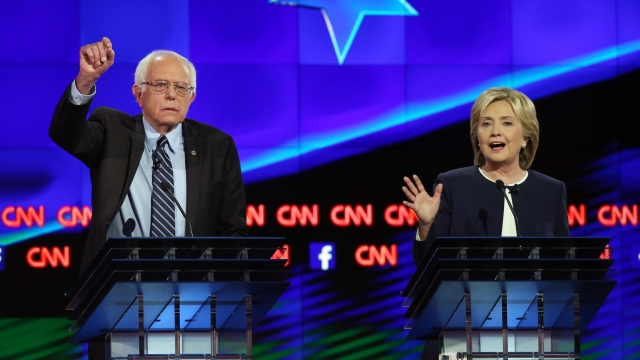 The Iowa caucuses ended with Bernie Sanders and Hillary Clinton in a near tie.

Hillary Clinton finished ahead of Bernie Sanders by about four state delegate equivalents. The Iowa Democratic Party still hasn't declared a winner in the race but instead called it "historically close." (Video via Bernie 2016, Hillary for America)

The Des Moines precinct had not reported as of early Tuesday morning, but it's worth only 2.28 state delegate equivalents.

"As I stand here tonight, breathing a big sigh of relief — thank you, Iowa," Clinton said.

Hillary Clinton touted the narrow margin as a win, while Bernie Sanders said the near tie was a victory over traditional political establishments.

Meanwhile, Martin O'Malley — the third Democrat in the race — suspended his campaign after pulling in less than 1 percent of the vote. (Video via Martin O'Malley for President)