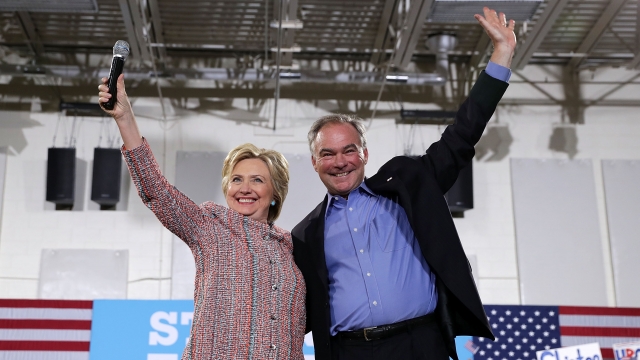 Tim Kaine was elected to the U.S. Senate in 2012. He's from Virginia, a swing state that could be key for Hillary Clinton.

Kaine’s hat was in the ring for the VP search in 2008, but President Obama ultimately chose Joe Biden.

Although Clinton told CBS she loves that Kaine believes he's boring, he brings some key components that could round out her campaign.

Kaine's religiosity is rarer find in the Democratic Party than across the aisle.

And Kaine's fluent Spanish may help Clinton win the Hispanic vote, though that base has been overwhelmingly supporting her in recent polls.

Virginia is a key swing state, and Kaine's nomination is expected to boost Clinton’s chances of a win there.

This video contains clips from C-SPAN, CBS, Office of Sen. Tim Kaine and PBS and images from Getty Images.