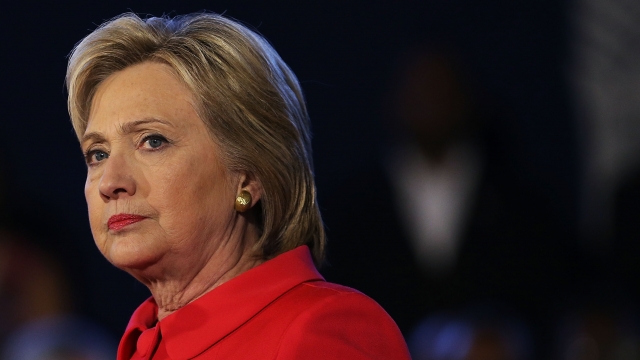 Hillary Clinton filed documents disclosing that she made $5 million from book royalties and another $1.5 million for giving speeches in 2015.

Last year Hillary Clinton made $5 million in book royalties and another $1.5 million for giving speeches, according to her personal financial disclosure.

The news from Clinton's campaign came hours after Donald Trump announced he filed the same forms with the Federal Election Commission.

Trump boasted they showed "tremendous cash flow," but he didn't release any actual numbers, which Clinton's camp was quick to jump on.

In a statement to The New York Times, a Clinton spokeswoman said Trump's filing was "no breakthrough for transparency" and "the true test for Donald Trump is whether he will adhere to the precedent followed by every presidential candidate in the modern era and make his tax returns available."

Trump says he can't release those because he's in the middle of a routine audit with the Internal Revenue Service — although the IRS said anyone is free to share their own tax information if they choose.

Clinton's tax returns also showed how much her husband, Bill Clinton, earned last year. The forms say the former president earned $5.3 million for speeches, some of which were given after Hillary Clinton announced she was running for president.

This video includes clips from Hillary for America, Donald J. Trump for President, Inc. and CBS / "The Late Show" and images from Getty Images.