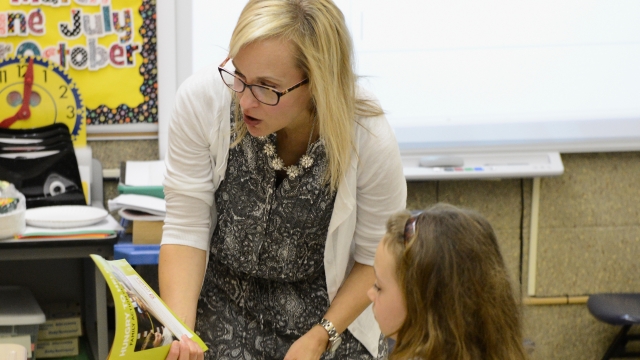 A growing number of teachers have gone on strike to demand better wages. So we wanted to know: How has teacher pay changed over time?

The 2018 teacher strike in West Virginia lit a fire under educators across the country. A growing number of teachers and school districts have gone on strike to demand better wages. So we wanted to know: How has teacher pay changed over time?

The most recent government data puts the average annual salary for public grade school teachers at $60,483. If you look at the raw numbers, it shows the median wage has gone up consistently for decades. But when you consider inflation, the numbers tell a different story. After making that adjustment, the average median teacher salary has been pretty stagnant since 1987.

So why has teacher pay been historically low? Experts say that largely comes down to sexism. Since the beginning of public education, a majority of teachers have been women, in large part because for decades it was one of the few jobs women could hold. Susan Moore Johnson, a Harvard professor and education policy expert, told Newsy teacher pay started to improve in the 1960s and 1970s. Johnson said: "For the first time, schools had to compete for talent, though that realization came slowly. ... Generally, public education has not kept pace with the salaries that teachers deserve."

Most people know that teaching isn't a high-paying profession. An annual education poll found 71% of adults would support teachers in their community going on strike for higher pay. And a 2019 poll by Education Next found a majority of people believe teachers should be paid more. However, respondents were less likely to support a pay raise when they were told how much teachers in their area make.