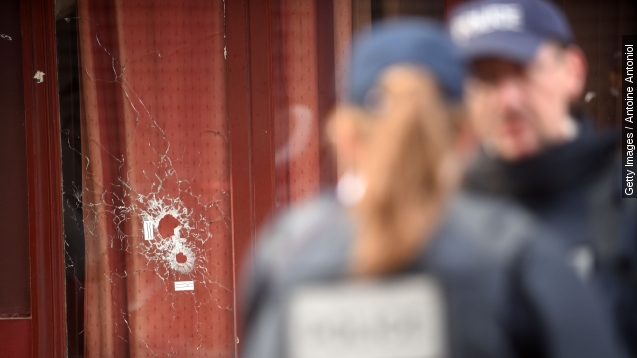 French President Francois Hollande called Friday's attacks in Paris an act of war shortly before ISIS released a statement in both French and Arabic.

French President Francois Hollande blamed ISIS for Friday's terror attacks in Paris that killed more than 120 people, and the militants were only too willing to accept the blame.

"France was attacked in a cowardly way, violently," Hollande announced Saturday. "France will be unbreakable."

During that speech, Hollande called the attacks an act of war, said they were organized and planned from the outside and vowed "merciless" retaliation.

ISIS responded not long after with a statement in both Arabic and French claiming it carried out the attacks as retaliation for France's airstrikes against the militants.

While France has been bombing ISIS targets in Iraq since last year, it extended its campaign into Syria just two months ago.

The seemingly coordinated attacks Friday were carried out in six different locations in Paris by what's believed to have been eight men, seven of whom died in suicide bombings. (Video via BFMTV)

The attacks are the deadliest on French soil since World War II. (Video via i>Tele)