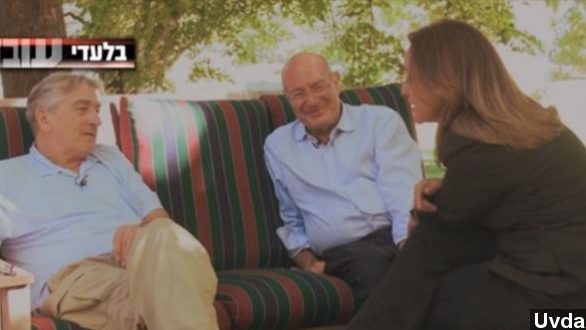 In a dramatic twist that he could have written himself, Hollywood producer Arnon Milchan has revealed his past as a spy and arms dealer for Israel. GASP!

Milchan, who was behind box office hits like "Fight Club," "Mr. & Mrs. Smith" and "Pretty Woman" confessed to Israeli documentary program Uvda that he spied for the country in support of its nuclear program. (Via Twentieth Century Fox Film Corporation,  The Guardian)

The Israel-born producer told the program he was recruited to the country's Bureau of Scientific Relations, which worked to obtain scientific and technical information for secret defense programs, in the 1960s. (Via Uvda)

According to Israeli publication Haaretz, Milchan even recruited other Hollywood A-listers, like the late director Sydney Pollack, to help get that information.

But he reportedly decided to get out of the arms dealer business in the 1980s to concentrate on making movies full time. (Via Forbes)

Rumors that Milchan was an Israeli spy have been swirling for years.

A biography about the producer's secret double life was even published back in 2011. But nothing was ever confirmed, until now. (Via Amazon)

As for what will happen now that Milchan has revealed his past — that's unclear. (Via RT)

He is now the chairman of New Regency, which has produced more than 120 films since the 1970s. He works with well-known actors and directors including Robert de Niro, Oliver Stone and Ben Affleck.