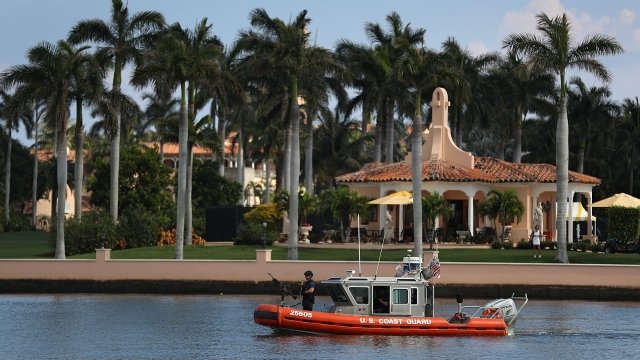 Watchdog groups sued the Department of Homeland Security for access to who's visited the president at Mar-a-Lago, as well as other locations.

Ordinary citizens will soon have access to who's visited President Donald Trump at his Mar-a-Lago residence.

Back in April, a handful of watchdog and ethics groups filed a complaint against the Department of Homeland Security for not providing visitor logs despite requests through the Freedom of Information Act.

Citizens for Responsibility and Ethics in Washington, known as CREW, says DHS has until Sept. 8 to hand over the Mar-a-Lago visitor logs. And it promises to publish them.

The White House is exempt from the Freedom of Information Act until five years after a president leaves office, so CREW has to try to get the details through other government agencies.

What President Trump Is Doing With His First White House Paycheck

CREW said, "The public deserves to know who is coming to meet with the president and his staff." That's why the group is still suing for records of who's visited the Trump White House.

It also sued for visitor logs from Trump Tower, but DHS says it doesn't have records of visitors for that location.