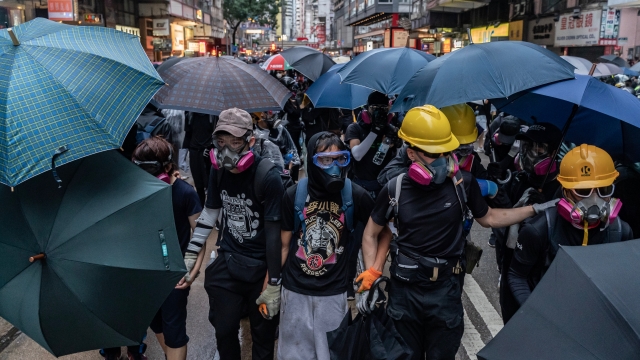 Hong Kong leader Carrie Lam started the withdrawal process last month, but steps had to be taken within the legislature for everything to be official.

The bill — which was introduced back in April — would have allowed China to extradite suspects from Hong Kong. Leader Carrie Lam suspended the bill after more than a million people turned out to march against it in June.

The suspension let Lam keep the bill in limbo by saying it would die when the current legislative term ends in 2020. But that didn't appease protesters, who still demanded she formally withdraw the bill to prevent it from being fast-tracked through the legislative process in the future.

Lam gave in to those demands last month, but certain steps had to be taken within the legislature for everything to be official.

Protesters still have four other key demands, which include universal suffrage, an independent inquiry into police conduct, amnesty for protesters who have been arrested, and an end to characterizing demonstrations as "riots."