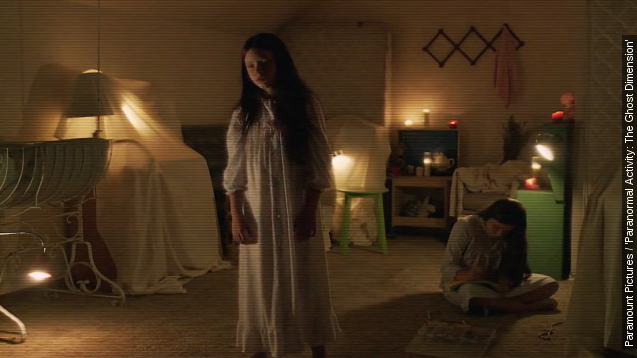 Horror movies aren't faring well at the box office, but that doesn't mean the genre is dying.

People aren't flocking to theaters to get spooked by R-rated movies as much as they used to. (Video via Warner Bros. / "The Conjuring")

With the exception of one remake, not a single movie from the past few years has made Box Office Mojo's list of the 20 highest-grossing slasher films.

In 1997, "I Know What You Did Last Summer" grossed $72 million in domestic theaters.

Let's just compare that to Guillermo del Toro's 2015 flick "Crimson Peak." The film cost $55 million to make and pulled in less than $13 million its opening weekend.

So is everyone over blood and gore? Is gratuitous violence a thing of the past? (Video via Fox / "Scream Queens")

Not exactly. Ray Cannella, head of programming for horror-movie streaming service "Screambox," told Fortune: "The blood and guts are on the Internet and TV now. Between legacy TV and OTT services, horror fans are scratching that itch in the privacy of their own homes."

Plus, thanks to Ryan Murphy, there's now "American Horror Story" and "Scream Queens" on TV.

"Paranormal Activity: The Ghost Dimension" is taking the hint. Paramount announced the horror film will be available on demand after it drops to playing on fewer than 300 screens.

That might happen soon because it only grossed $8 million its opening weekend.

This video includes an image from Jackie / CC BY 2.0.