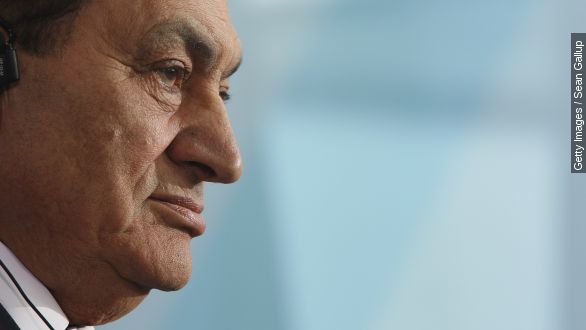 Former Egyptian President Hosni Mubarak has been sentenced to three years in prison on corruption charges.

Former Egyptian President Hosni Mubarak has been sentenced to three years in prison on corruption charges.

Mubarak's sentencing has been lengthy and complicated because of dropped charges and overturned decisions. (Video via CNN)

The former president was sentenced to life in prison in 2012 as an accomplice in the deaths of protesters who helped bring an end to his decades of ruling the country. (Video via Al Jazeera)

But that sentence was overturned in early 2013, with an Egyptian court ordering a retrial for Mubarak. Those charges were dropped at the end of 2014. (Video via Al Arabiya)

Mubarak was also charged with selling Israel gas at below-market prices along with other corruption charges. The only charges that stuck were embezzlement charges that implicated him along with his two sons.

According to The New York Times, court documents claim Mubarak embezzled $17.5 million to cover personal expenses during the last eight years of his presidency, including four La-Z-Boy recliners, a mosaic for one of his son's bathrooms, a chess set and more.

Sky News reports Mubarak will return to the military hospital where he has been for much of his detention.