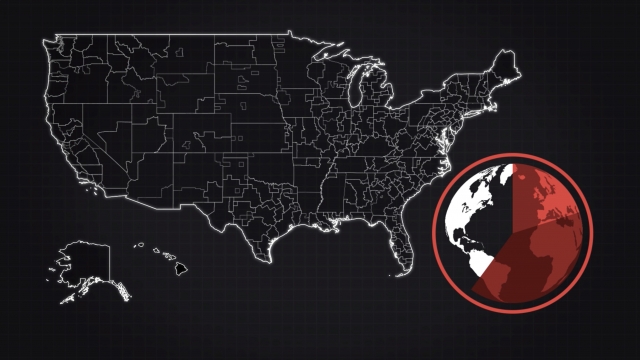 This story was published in partnership with HuffPost Highline.

As infection rates for coronavirus rise, hospitals all over the U.S. are scrambling for vital equipment like ventilators and protective gear. But the health care system faces another, less understood shortage: available ICU beds.

Many patients with COVID-19 can be treated in standard hospital settings. But the most severe cases require intensive care with specialized equipment such as ventilators, and qualified staff to administer treatment. Currently, there are only 117,000 ICU beds in the country, meaning that critical care units could soon become a bottleneck for America’s sick and dying.

Harvard epidemiologist Mark Lipstitch estimates that the coronavirus could infect between 20 and 60 percent of the adult population globally. A Newsy analysis of hospital and population data found that even infection rates at the lower end of Lipstich’s projections would place a severe strain on hospital systems. At the higher end, nearly every American would be living in a region without enough ICU beds to handle the surge of patients in need of critical care.

“Many hospitals in the U.S. have, on an annual basis, dealt with these types of surge conditions,” said David Wallace, a professor of critical care and emergency medicine at the University of Pittsburgh. “But I don't think that any of them have really been prepared for the level of the intensity of what this represents today.”

Wallace and his colleagues divided the country into 326 regions based on where people receive emergency medical care. Using those regions, and publically available data from The Centers for Medicare & Medicaid Services, Newsy was able to estimate the 12-month infection rate that a region’s ICU could handle before becoming overwhelmed.

Federal and state governments are standing up thousands of hospital beds around the country, including deploying Navy hospital ships. However, this additional capacity is often designed for non-COVID-19 patients or those requiring lower levels of care. Expanding ICU capabilities could prove considerably more difficult.

“Changing regular beds into ICU beds isn’t a simple proposition,” said Wallace, explaining that ICU units can have different plumbing, heating, cooling and other infrastructure needs from standard hospital units. More ICU beds also means manufacturing more ventilators—a costly and time consuming process. Perhaps the biggest hurdle would be finding enough trained staff to handle an increase in ICU beds. For instance, running a ventilator around the clock for 24 hours requires three respiratory therapists, a specialist job.  “The machines and the technology is great,” he said, “but it still requires people.”

This is why experts stress the need to keep infection rates as low as possible, via interventions such as social distancing and shutdowns. In recent days, President Trump has spoken of returning people's lives, and the economy, back to normal in a matter of weeks. It’s a move that Wallace believes could be devastating.

“The worst thing would be to relax these restrictions at this time,” he said. “The impact on the health care system would be overwhelming.”

And those resources aren’t evenly distributed. More than nine out of 10 ICU beds are in metropolitan areas, according to a report from the Society of Critical Care Medicine. Only 1 percent are in rural areas.

Very rural areas are the most likely to become overwhelmed — these regions would run out of ICU beds with an infection rate of 26 percent. Wyoming, for instance, is one of the places where medical capacity could be stretched beyond its limits.

“Our consultant hospitals are one hundred, two hundred miles away,” said Dr. Aubrey, a family medicine physician in Buffalo, Wyoming. Normally, he explained, they try to move their ventilator patients to larger, more specialized, facilities within 24 hours. But if those regional hospitals are full as well then rural doctors would be forced to try to manage patients as best they could on their own.

“We hope we never see that day,” he said. “But it's predictable that that day could be coming.”

Methodology: Newsy's analysis used data from the 2017 Healthcare Cost Report Information System reports compiled by the Centers for Medicare and Medicaid Services to determine the total number of ICU beds reported by hospitals across the nation. Beds were considered ICU if they were in the following units: intensive care, coronary care, burn intensive care, surgical intensive care or other special care. Hospitals were assigned to local areas based on the Pittsburgh Atlas hospital referral regions developed by researchers at the University of Pittsburgh. County populations were considered rural if they had a CDC National Center for Health Statistics classification of four or higher. The estimates assume that patients will require a bed for 12 days. Our calculations used hospitalization and ICU rates estimated by Harvard researchers based on infections observed in China.