House Will Vote On Bill To Abolish ICE; Democrats Call It A 'Stunt' 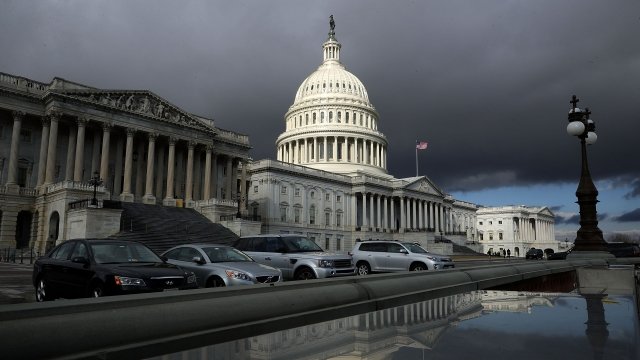 Dismantling ICE has become a rallying cry for far-left Democrats. More moderate members worry it could cost the party seats in the midterms.

The House of Representatives will vote on a Democratic bill to abolish ICE, the House majority leader confirmed Thursday. But even the Democrats who introduced the bill aren't happy about it.

The lawmakers who put the bill forward say they plan to vote no, calling Republicans' move a "political stunt." They say Republicans know the bill can't be passed but are pushing forward with it anyway for political gain.

Dismantling ICE has become a rallying cry for far-left Democrats in recent weeks after Democratic Socialist Alexandria Ocasio-Cortez won her congressional primary in New York. In a shocking upset, she beat out high-ranking Democrat Rep. Joe Crowley. Abolishing ICE was a cornerstone of her campaign.

More moderate Democrats are worried the call to disband the immigration agency could cost the party swing seats in the House and Senate during this year's midterm elections.

High-ranking Republicans reportedly pushed for the vote Thursday hoping to get Democrats on record as either backing the measure, which could harm them in the midterms, or voting no and highlighting the rift within the Democratic party.