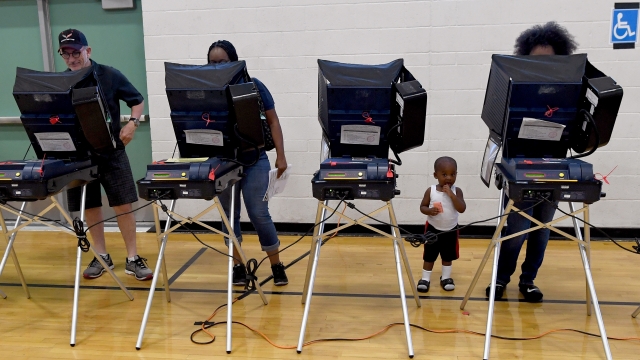 The bill now heads to the Senate, where it is likely to be blocked.

The bill would amend current rules to "clarify the obligation to report acts of foreign election influence." It also lays out tougher political ad transparency rules for social media and campaign spending restrictions for foreign nationals.

The White House condemned the act on Wednesday, saying President Donald Trump would veto the legislation if it came to his desk. In a statement, it called the legislation "redundant, overly broad, ambiguous, and unenforceable."

And the ACLU agrees, saying the legislation is vague — it endangers freedom of speech. It says that while it supports restricting foreign interference in elections, this bill "goes too far by placing a complete ban on truthful, nonmisleading issue advocacy."

The bill now heads to the Senate, where it is likely to be blocked. Senate Republicans have blocked multiple election security bills just this week.