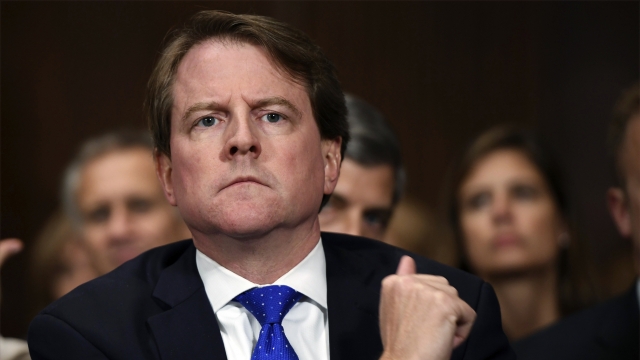 The U.S. appeals court in Washington D.C. ruled 7-2 Friday that the House can sue to force Don McGahn to testify.

The DC circuit judges ruled 7-2 Friday that the House can go to court to enforce a subpoena, but also declared that McGahn can fight it in court as well.

The House Judiciary Committee has sought McGahn's testimony after special counsel Robert Mueller's Russian election-meddling probe revealed him as a witness to possible obstruction of justice by President Trump.

However, the Trump administration has blocked the former White House counsel from testifying since spring 2019.

House Democrats have accused the president of defying Congress's constitutional role as a co-equal branch of government.