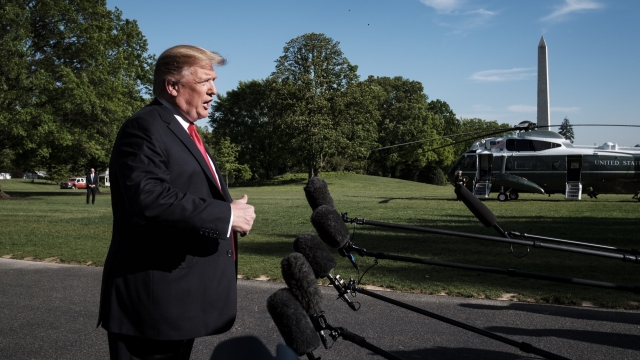 The suit is seeking President Trump's personal and business tax returns for the last six years.

The suit seeks President Trump's personal and business tax returns from the last six years for legislative purposes. The committee says the Treasury Department and Rettig failed to hand over the files and comply with subpoenas.

Rep. Richard Neal, chairman of the House Ways and Means Committee is using a little-known tax law to make his request. The IRS provision, known as 6103, allows the certain Congressional committees to obtain tax information if it serves a legislative purpose.

The suit is just one of many efforts seeking access to the president's tax returns. The House Oversight Committee, House Intelligence Committee and House Financial Services Committee are also trying to obtain his records.