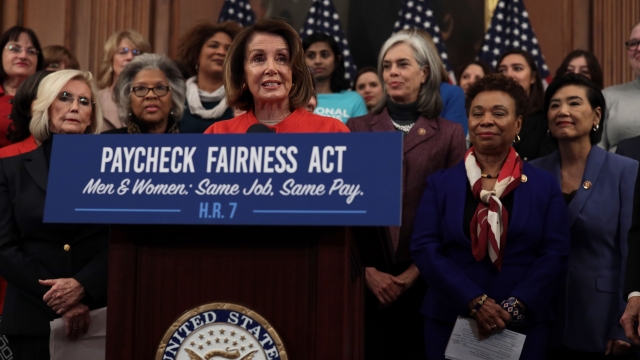 House Democrats are pushing legislation that would make it easier for women to uncover pay disparities in their jobs.

The Paycheck Fairness Act was introduced in 2017 but never passed. It was reintroduced Wednesday and is sponsored by Rep. Rosa DeLauro.

The announcement comes more than 50 years after the Equal Pay Act of 1963 and 10 years after President Barack Obama signed the Lilly Ledbetter Fair Pay Act into law. Both laws prohibit wage discrimination based on sex.

But lawmakers argue women are still earning less than men for the same work.

The Paycheck Fairness Act would increase wage transparency, bar employers from retaliating against workers who share wage information and limit employers from using a person's wage history in the hiring process. The bill also calls on the secretary of labor and the secretary of education to create a grant program that would teach girls and women how to negotiate for better pay.

House Speaker Nancy Pelosi says the bill is part of a larger agenda "of paid sick leave and access to affordable child care" in the workplace.

"We hope that the bill will be signed by the president of the United States by April 2, which is Equal Pay Day," said Pelosi.