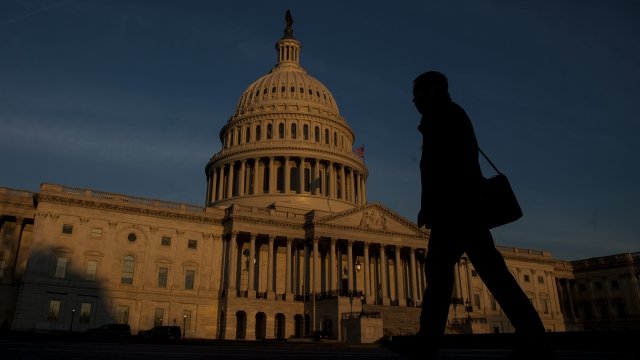 A redacted version of the Republican-led report was released Friday.

The House intelligence committee's final report on its probe into Russian meddling in the 2016 presidential election is finally out.

A redacted version of the Republican-led report was released Friday. In it, the committee says its investigators found "no evidence that the Trump campaign colluded, coordinated, or conspired with the Russian government."

But they did cite "poor judgment" and "ill-considered actions" by both Donald Trump's and Hillary Clinton's campaigns.

Shortly after its release, President Trump praised the report as proof of his argument that there was "no collusion" between his campaign and Russian officials.

But some lawmakers still weren't satisfied with the findings.

House intelligence committee ranking Democrat Adam Schiff said members "chose not to seriously investigate — or even see, when in plain sight — evidence of collusion between the Trump campaign and Russia."

In their dissenting minority views, Democrats argued the committee rushed to end its Russia probe to protect Trump and called the report "flawed and partisan." They also blasted meetings Trump aides had with Russians and said they suggest "a consciousness of wrongfulness, if not illegality."

The committee received plenty of scrutiny, even from within. Earlier this year, Republican member Tom Rooney said the committee had lost all credibility because of leaks to the media and partisan infighting.

The committee released a summary of the Russia investigation report back in March. A few weeks later, members voted to issue the findings to the public.