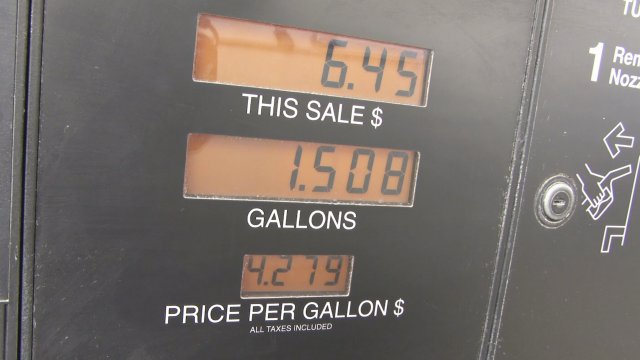 The potential rule would freeze fuel economy goals at 2020 levels and prevent states from setting their own fuel standards.

House members are investigating whether oil companies played a role in the Trump administration’s major rollback of fuel efficiency standards.

The EPA is proposing new standards called the SAFE Vehicles Rule, which would freeze minimum federal fuel standards at 2020 levels or 37 miles per gallon on average for all types of vehicles.

The original target under an Obama-era plan was more than 54 miles per gallon by 2026.

Democrats are outraged, including House Subcommittee on Environment and Climate Change Chairman Paul Tonko, who says this is "reckless climate denial of which we can no longer afford."

The administration’s take: The industry could still choose to innovate and improve fuel economy on its own. And it says freezing mandates would let consumers make the choice between more expensive but efficient cars or less expensive, but less efficient ones.

"We should not have a fractured marketplace driven by that cater to urban customers," said Republican Rep. Shimkus of Illinois. "In rural America, we like big things, big trucks, big engines."

Proponents of the new rules say some less efficient cars can be heavier and safer, like SUVs and trucks.

Today's fuel economy standards were have their roots in a 1960s movement in California, when smog was a rising concern.

The state set its own mandates which advanced over time. In 2009, the Obama administration adopted similar standards for the country.

At the time, automakers weren't on board. But today most are, saying they need a level playing field. And, they say, it costs them more money to make multiple types of the same vehicle: some with less efficiency for some states and better efficiency for others. California alone makes up 30% of the U.S. auto market.

The Trump administration is proposing not allowing any state to set its own standards. The new rules aren't final yet.